Our relationship to power

Published on December 16, 2014 under Worldwork 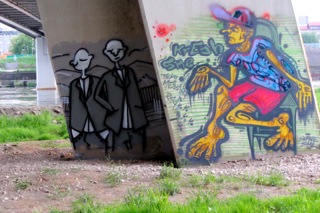 This post is inspired from a workshop by Jan Dworkin I attended recently 7-9 November on “Power, Privilege and Oppression as potential sources for deep connection”. It aims to illustrate a process work approach to our understanding and connection to Power.

From the start of the seminar I was struck by how many people mentioned fear of power as we went round the circle checking in and introducing ourselves.

This is a common view given the levels of misuse of power that simply hold us back in our world and daily interactions, where hierarchical structures hold sway.

Our focus lay not only on growing more aware of when we are powerful; becoming empowered has been a long goal of many women’s groups. Moreover bringing more awareness to power or rank dynamics which includes times and situations when we also feel our lack of power; like when we are simply learning something new. Or when our authority is questioned and challenged, by the diversity of viewpoints and experiences in a discussion. As a school teacher for many years I know well the challenges I have met with pupils who have needed to express their power, their sense of strength and questioned my leadership. In an open democracy we need to learn new ways of engaging with each other. Before giving an illustration, I would like to describe the idea of Deep Democracy.

Deep Democracy is a process work concept which expands on the idea of democracy – as a vision of power for the people; to encourage all voices and expressions to be heard and seen for we all belong to this common pot called Earth. The practise of deep democracy is an incredibly challenging path as to enable all voices to be heard then we need to open up to our own inner voices and inner diversity to include less popular and difficult views also. The ‘deep’ aspect of deep democracy refers to various levels of consciousness, so as to include altered states of consciousness, deep and subtle feelings we often push aside. (For more reading on Deep Democracy and Worldwork please see Amy and Arnold Mindell on www.aamindell.net)

From the beginning of the seminar there was an atmosphere of feistiness which contradicted the expressed view of fear of power. Indeed this feistiness came out as one member gave some negative feedback on Jan’s flier which she reckoned did not illustrate well the essence of the workshop. On the outset this seemed like a challenge to the leadership, checking out how she would respond. But Jan listened, accepting the challenge and reflecting back her own steps to advertising, open to learning about the exchange as well as defending her ground and not spending too much time on this matter, both welcoming views and holding one’s boundaries. The power lies, in the interaction, beyond attack and defence, your view or mine.

Having or not having power is a human experience. We may be victims of social oppression and we have all been children with experiences of being psychologically or emotionally oppressed within a family or school setting. There are not many role models out there of using power well in schools, government, organisations, family, so it is often hard to get it right.

The whole notion of Challenge, whether on a personal or social level, can be an experience of growing for everyone, seeing our difficulties as an opportunity to learn.   Such opportunities bring more self-awareness and often involve self-exposure, exposure to public views.

But so often I have seen a kind of power, whether in rants and rages at the injustice of the world or in bossing others around in cases when actually the person doesn’t consciously identify with the power they have, so the power remains split off, or not quite embodied and they don’t realise the impact we / they have on others, on the environment, on our friends and family. In this way power manifests quite unconsciously and nothing is fair!

The power of revenge is another use of power which expresses a sense of righteousness, when we use the force of anger and rage to get back at those who have mistreated us or claimed back our rights to be heard and included in the social arena of injustice. While I understand and tolerate anger in myself and others, or the passion for our righteousness, I know also such strong feelings can be troublesome depending on who we meet or the context where such feelings are not welcome.

But finding our power as a sense of wellbeing or an inner source we can tap into in times of trouble is surely a good use of power in our relationships and world which urgently needs more influence in how we conduct our social affaires, politics, make changes in our infra structures, our use of limited resources….

Process work offers a useful theory to differentiate power, which I and my clients have found very helpful. I list these ranks and powers and illustrate how actually naming where we feel rank and where we have less rank and bringing this into awareness in our interactions can elucidate our relationships and facilitation skills.

Social power or rank refers to the unearned ranks we have through living in a social context such things as, skin colour, sexual orientation, physical and mental health, disabilities, gender, faith, wealth, cultural and language inheritance, class, age.

Contextual or positional power refers to our jobs or position or role in an organisation.

Personal power refers to psychological powers we have cultivated through surviving difficult experiences or sense of emotional and psychological wellbeing. Resilience is a current term we use in supporting children to grow through their struggles, rather than only praising their successes.

Spiritual power refers to an uncanny quality many people acquire in sensing a deep connection to the earth or some helpful spirit.

Before illustrating an example of how we can each explore our own powers or lack of them I have to mention that these very powers are often expressed through our body signals, such as body feelings, posture, movement, in the our voice tones and eye contacts in such a way that we read each others and our ranking through our multiple channelled communications. Rank is a complex notion which flows and fluctuates in any context or interaction and often lies below our conscious radar.

One of the most exciting and fun experiences in the workshop was noticing our signalling when we interact.

Talking in small groups about our various kinds of rank: I noted my white skin, Scottish culture, my recent inheritance, my position as a process worker. I felt all my privileges and my exposure to such things, and I reckoned used them well in jumping in and going first in our small group of 5. I also spoke of a sense of connectedness to the land – though I failed to see that I am also an outsider or new in the Findhorn community (where the workshop took place). I mentioned my lesbian identity, and connection to the LGBT community and failed to take into account my struggles with alopecia or hair loss. I recall, one person notice how my eyes looked away into the distance as I spoke of LGBT issues. I had said a lot about myself and mentioned how hard it is to meet people for the first time and come out with all my powers and rank differences, I feel suddenly shy to say where I don’t have rank.

Each person took a turn to say something about their relationship to their own powers and lack of power or rank. In this way we are exposing ourselves and helping each other to name what we so often ponder over in how we rank each other and ourselves up and down, this way and that all the time. So with more awareness perhaps we are growing more accepting or understanding of rank dynamics.

A big thank you to Jan in her work.

Posted On May 10, 2017 ~ 0 Comments
Sharing our privileges. Worldwork, is process work applied to a wider community. Every 2-3 years a World work conference takes place in a different country…